I originally planned going for a keto diet. Ketogenic diet or keto diet for short is a low carb, high fat diet. In ketogenic diet, the carbohydrate intake is lowered and replaced by fat which puts the body into ketosis.

Disclosure: I only used keto diet as my guide. I never had the chance to measure my ketones or ketone level so I was never sure if my body entered ketosis. I limit myself, whenever possible, with foods that are advisable for keto diet, so it’s safe to say that I have indeed undergone low carb diet.

I used to be so skinny from grade school up until college. Then, years after I started working I noticed something. At around age 25, it seemed that my body can no longer burn calories the way it used to be when I was still in school. My metabolic rate decreased over time or shall I say while I aged.

The heaviest I have been was when I lived in Japan. Japanese rice is life, per se. I weighed 60 kgs in the ‘before’ picture above. I loved Japanese food so much I don’t want to miss out in the short experience living there.

The picture above was the actual bento served during lunchtime at our office in Japan. You can also get something similar in department stores. It’s pretty much everywhere in Japan. On other days when we can’t order bento we just simply cooked traditional Filipino food. As you can see, that was relatively the volume of food I consume 3x/day on a daily basis. The good thing about living in Japan during winter was that I could bundle up and nobody has an idea how much fatter I’ve become.

Then I went back to PH around middle of February 2020. I resume work in PH office and would put on jacket most time of the day because I was so fat and ashamed. I also didn’t want to hear anything body related remarks (they call that now body shaming), even though I know it’s true.

3. What made me do low carb diet

For years I have been suffering extremely painful menstrual period every month. When I finally decided to have a check-up with my OB-Gynecologist, that’s when I was diagnosed with polycystic ovary syndrome or PCOS. I was 23 years old that time and every year I would do a routine checkup to check my PCOS. For years, no notable changes with my ultrasound was seen.

When I was 27 years old, I did another routine checkup and I was told that I would have difficulty getting pregnant past the age of 36. Although, my PCOS never got worse nor improved based solely on ultrasound, physically I experienced severe acne which lasted several months, hair fall and the ever painful monthly period which I think have gotten worse as I aged. I also had extreme cravings for sweets and carbs which ultimately led to me gaining weight.

As the monthly period became unbearably painful I researched some ways to alleviate the pain. At the same time my biological clock is also ticking. Until I came upon several posts about PCOS and keto diet on Instagram. I saw how women were able to loose weight and became pregnant by shifting to keto diet. So I decided to give it a try.

As what I’ve said on my disclaimer, I only used keto diet as my guide only. I only focused on eating low carb foods and not minding my ketone level.

When I started to pursue this low carb diet, I only knew the diet in principles. No article or at least any free materials to teach me what’s not.

Below are the list of foods I sourced from different websites and groups to avoid (whenever possible) or eat in moderation when going for a keto or low carb diet:

One of the goal of a low carb diet is to limit the carb intake. I always check the nutritional information of each food I buy and limit my consumption to less than 100 grams of carbs per day. You might question why banana which is a fruit is to be avoided, it’s s because one medium sized banana contains 27 grams of carbs.

Since we are using keto diet as a guide, here are the list of foods that are low carbohydrate and high in fat:

First and foremost, the most important thing to do if you have a pre-existing medical condition is to consult your doctor if low carb diet is beneficial for you.

Secondly, know your limitations. As I have stated above, I originally planned doing keto diet but as I was preparing for the commencement, I realized that the allowable foods were too expensive and scarcely available.

Set goals and focus. My goal for doing this low carb diet is to become healthy, lean, alleviate the pain of menstrual period, manage the effect of PCOS physically and get pregnant someday. You can use the acronym S.M.A.R.T to set your goals:

On the practical side, check the nutritional value of each product before you purchase. Do this few the first few weeks until you are familiar enough with the food belonging to low carb category.

I have no pre-existing illness prior to doing low carb diet so I was not expecting any serious health concerns afterwards.

All I can remember was that I had minor headaches from changing my diet. I assume it was because I eliminated rice on my diet which I’ve been previously eating my whole life. I also felt constipated occasionally. After a month, my monthly period got delayed, which was also due to diet changes, and then return to normal the following months. Small inconveniences but not that coffee can’t fix anything 💆‍♀️

Those who have undergone strict low carb or keto diet have reportedly experienced symptoms in varying degree such as keto flu which includes nausea, vomiting, headaches and fatigues.

If you have history of any medical concerns, It is important that prior to shifting to low carb diet, you have your doctor’s approval.

The only benefit I can vouch for and clearly visible after I tried low carb diet is weight loss. I also feel more confident and healthier. It feels like the fats are now finally in their right places.

‘Low-carbohydrate diets, according to Fitzgibbon, are used to treat or prevent some chronic diseases and conditions, including heart disease, diabetes, hyperinsulinemia and obesity. Many studies have been done on the benefits of this type of diet, and many are positive.’ Source: LiveScience

On PCOS, ‘This is simple biology. Cutting back on carbs can help with weight loss, lower insulin levels, and reverse insulin resistance, which may help to balance the hormonal system. This can enable ovulation and a normal menstrual cycle, in addition to improving or eliminating other symptoms.’ Source: DietDoctor

One of the most obvious struggle of doing a low carb diet is doing it against the norm. Here in PH, rice is a staple eaten by people in all walks of life. More people were also not yet open to the idea of almost any form of ‘diet’. Not eating rice when everyone else is doing so is one major eyebrow-raised moments you would constantly face while doing low carb diet.

At home, another adjustment needed to be made is preparing separate food for my husband and I. Cooking ingredients must be selected carefully and with conscious effort to cater both diets 3x/day.

As I go through low carb diet one day at a time, I noticed how low carb foods here in PH, although available, were not commonly cooked and quit expensive (ex: cauliflower). Thus, the very reason why I prefer low carb diet over keto diet.

The first few weeks were also difficult. I ate carbs (a lot of carbs) my whole life. I am almost not familiar with foods that are low carb. The amount of research and discipline are a lot of hard work.

And since I have PCOS, the worst thing of all is my cravings for sweets. Ouch.

10.Will I recommend low carb diet?

I definitely would! I realized that low carb diet is just a diet limiting everyone not to eat junk. Among the foods which contains the greatest carbohydrates, are the trash we ate so dutifully (ex: donut, pizza, burger and etc.)

I also happen to have difficulty with my weight loss journey. Whenever I jog or run, I did feel sweaty but I didn’t necessarily lose weight. Exercise seems forever to take effect. Unlike low carb diet, a week is already enough to evaluate how much you’ve lose just doing the diet.

Have you ever tried doing low cay diet? Let me know about your experience!

IMPORTANT NOTE: The rates, contact details and other information indicated in this post are accurate from the time of writing but may change without trishaspan.com’s notice. 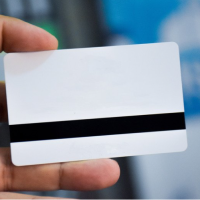 Who’s behind the frugal wife ph?